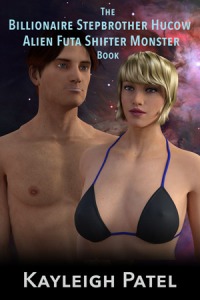 When Abby becomes part of the wealthy Montgomery family, she can’t deny her attraction for her stepbrother, Jonathan. But there’s something she wants just as much: to join him on the crew that will make the first ever deep-space flight.

While the ship explores space, Abby and Jonathan explore each other’s bodies. But soon, something goes wrong, and the crew end up at the mercy of an alien race who lead them through a series of bizarre mating experiments. Despite their initial shock, the crew find themselves consumed by lust. Will they be able to fight their raging hormones long enough to escape and find their way back to Earth?

Missions of the Impossible Series 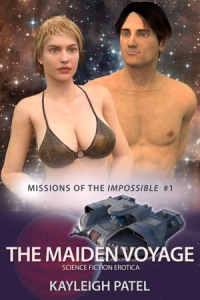 Five years ago, Jonathan and Abby made history as part of the first-ever deep space mission.

Now they’re back, along with their companions, on a new, more advanced ship: the Impossible. Instead of being at the helm, Jonathan is preoccupied with diplomatic duties, and Abby must focus on her role as an ambassador. Under Rob Stryker’s command, the new ship begins a voyage of exploration, with the purpose of welcoming alien races into the Galactic Union.

However, Abby meets her first challenge when they encounter a civilization that has dispensed with the need for sex, thereby disqualifying themselves from admission to the Union. Can Abby persuade the reclusive Elseari to change their ways? 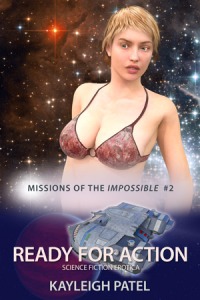 With Jonathan back at the helm of the Impossible, his ambassadorial duties fall on the shoulders of the ship’s first officer, Tom Bradford. Tom looks forward to his new role, except for one problem—he’s worried about his performance with Abby. The away mission puts Tom and Abby in the middle of a matriarchal alien society, where the males must be ready and willing to service the females at all times. Will Tom be up to the task? 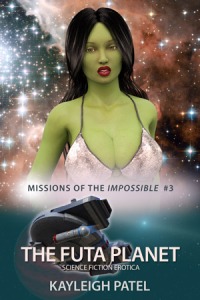 The next mission for the Impossible takes the crew to a planet populated entirely by futa aliens. Meera is overjoyed to join Tom and Abby on the away team, and she looks forward to meeting others like her. Tom, on the other hand, has his doubts about getting to know the aliens intimately. When their visit ends with a surprising request from the planet’s governing body, Abby has only one concern. How will the aliens’ request affect the relationship between Evie and Meera? 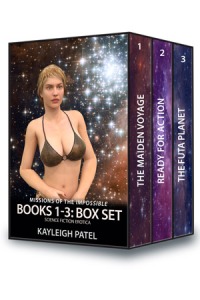 1. The Maiden Voyage
2. Ready for Action
3. The Futa Planet